KeyLemon, is a well known application from Switzerland, that allows to enter in your session without login or password, with more than 3 million of downloads and also is involved in an European Commission project funded by more than 4 million Euros.

I installed the latest version, 2.75 for Mac OS X, and I tried to bypass Keylemon just using a selfie 🙂

I noticed how easy it was to skip the session lock, even using group photos, I contacted the company to inform them about it. In the reply, they told me that the payment licence does not allow that attack, due the anti-spoofing implementation since version 2.5 in Windows. 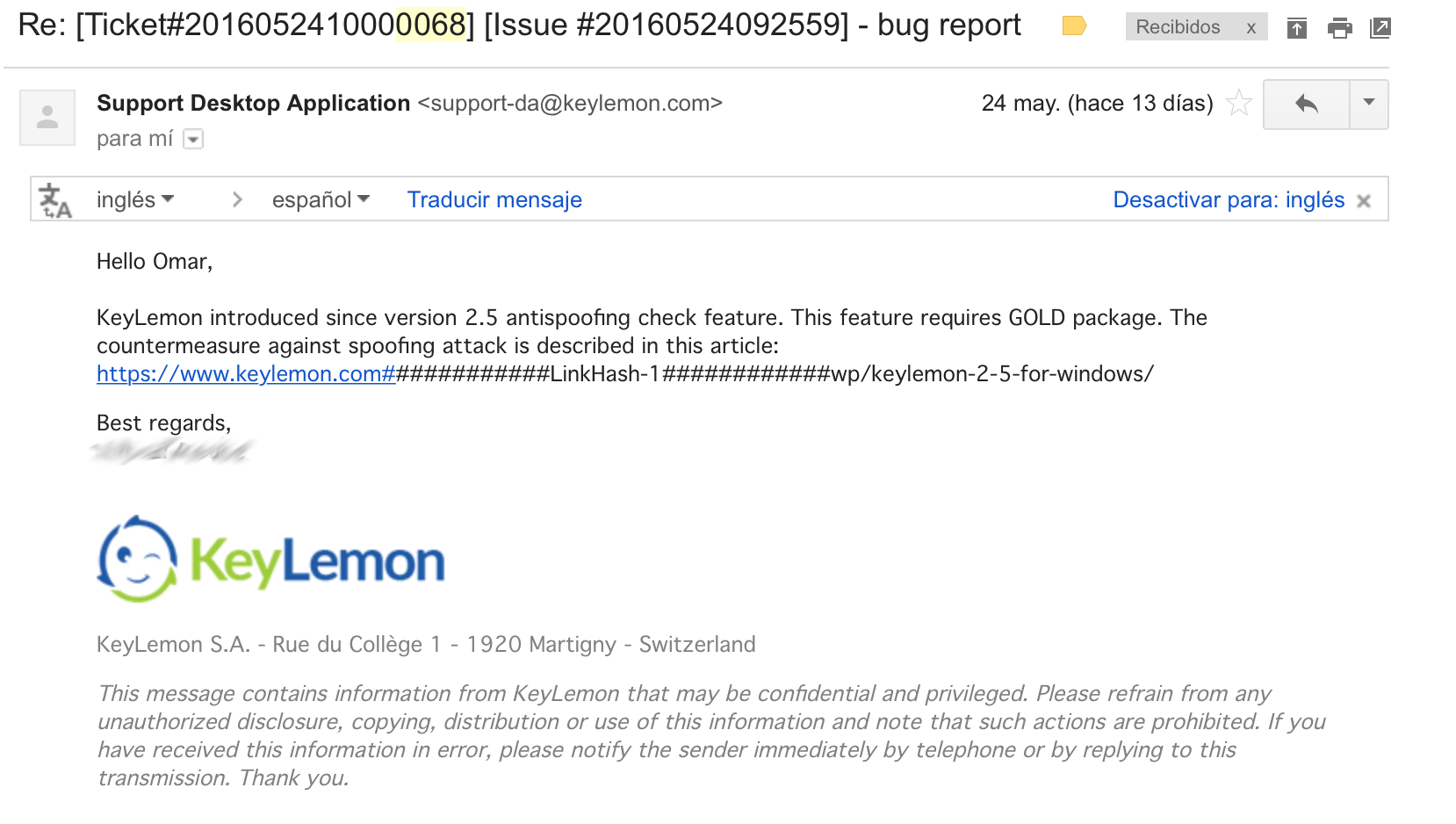 I decided to pay the $ 39 and check whether it was true or not … to my surprise, I discovered that what they call anti-spoofing, was merely a blink detector… 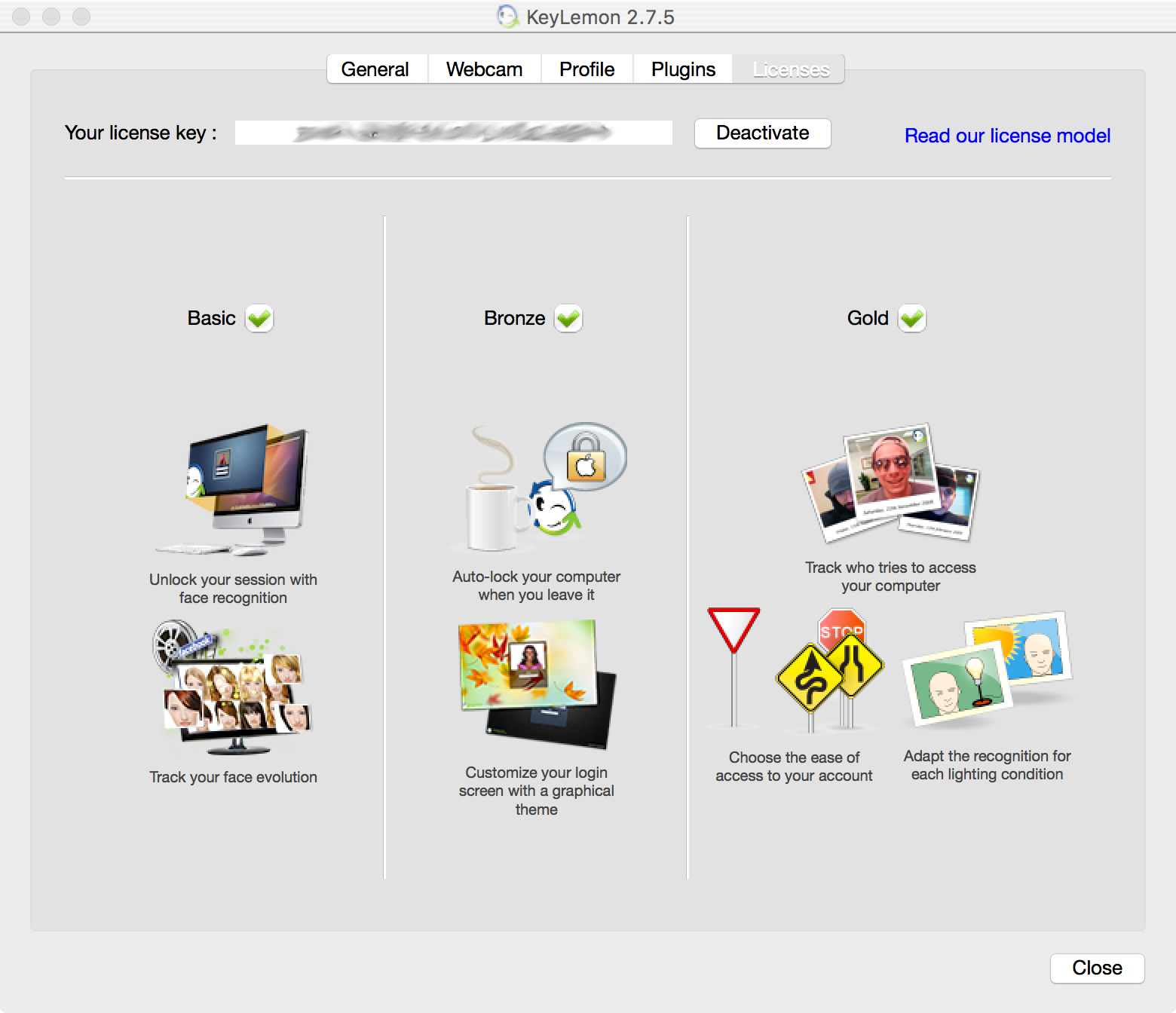 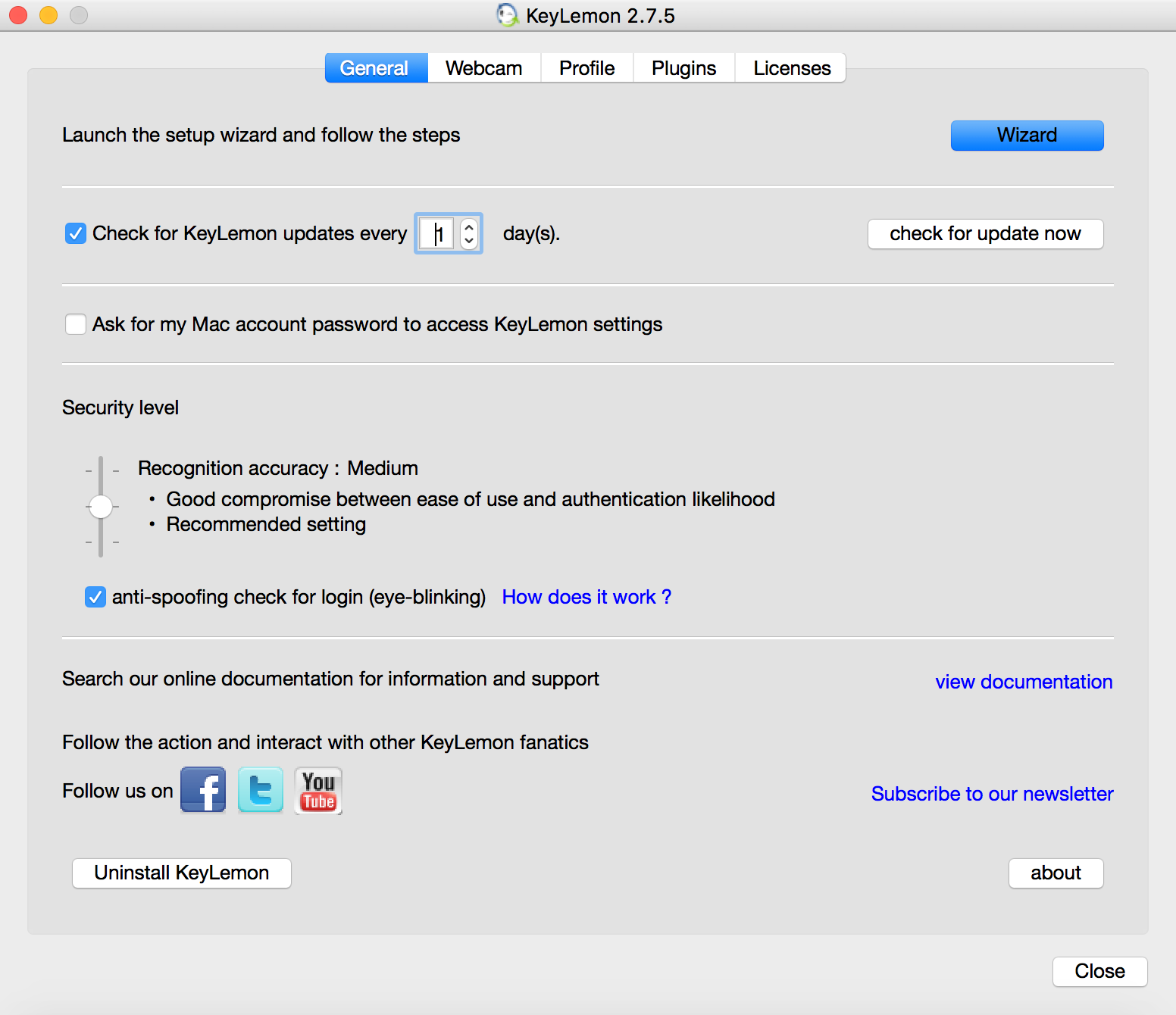 It is not very difficult to imagine that a video recording or by creating a gif, would be feasible to bypass it again.

In addition, the Windows version also allows voice recognition … as if we could record it, right? 🙂

Nowadays applications as an alternative to passwords should not being used. As I mentioned in my emails to the developers, I believe that the application KeyLemon is misguided in trying to replace a password, when it could be used to increase it, using both systems simultaneously, as 2FA.

2016-06-06: Vendor was contacted again, regarding the vulnerability in the GOLD version.

2016-06-07: Vendor responded with “In the current case, you are fully cooperating with the system to spoof it. This is similar as if you give your password. In KeyLemon desktop application we decided of a threshold between security and convenience.“